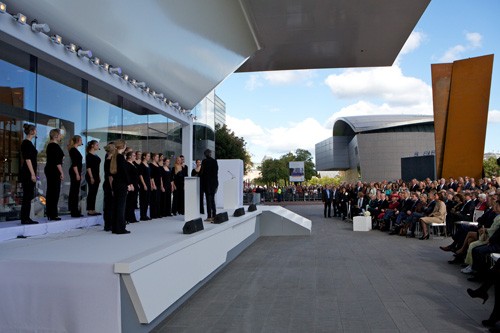 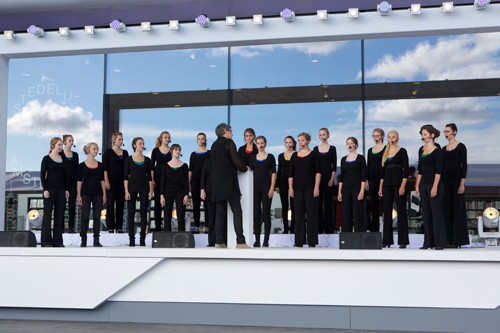 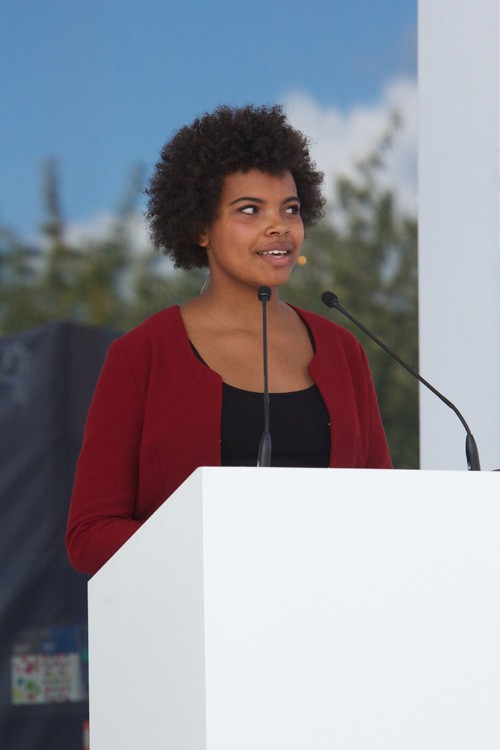 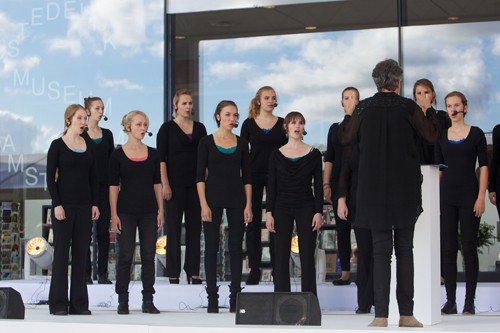 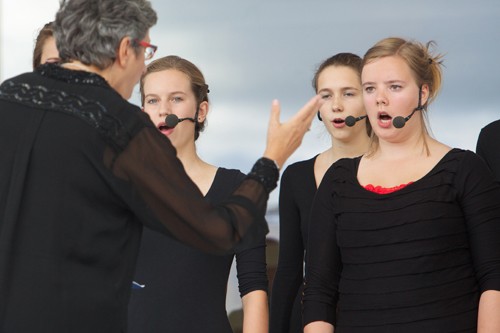 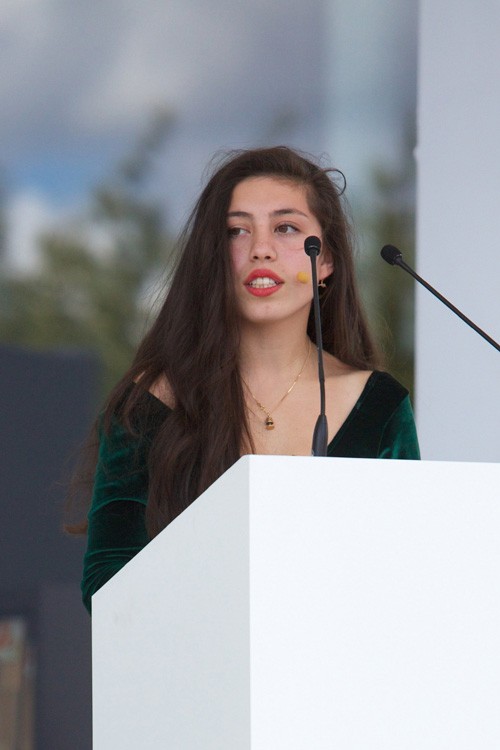 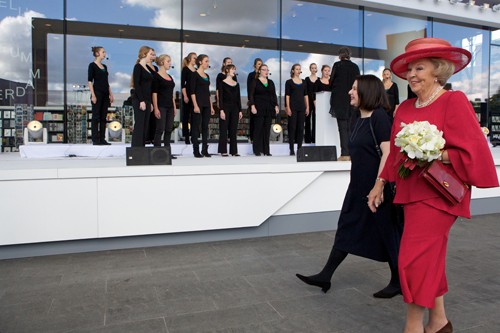 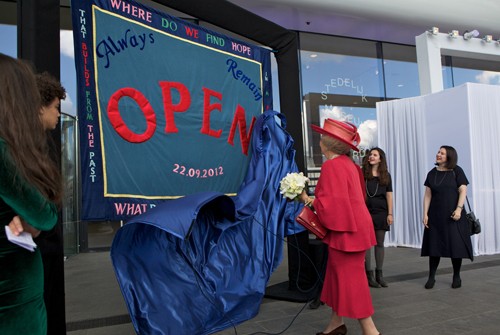 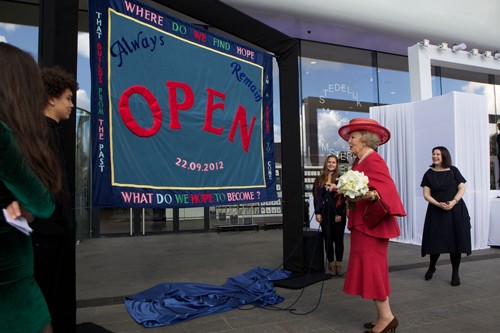 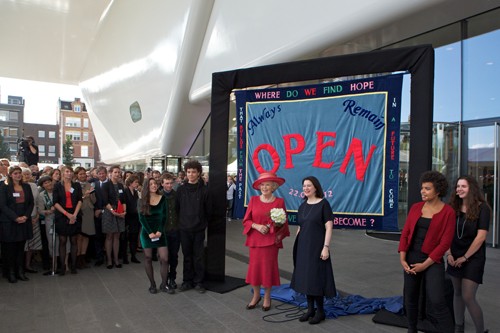 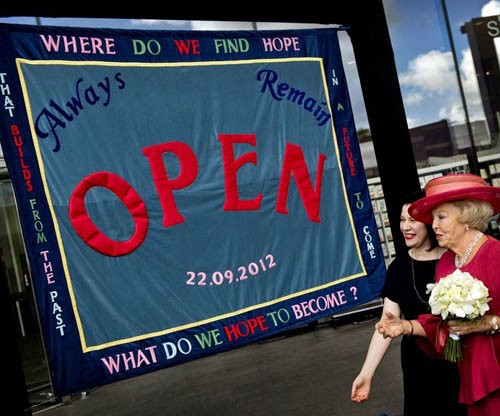 Created for the official reopening of the Stedelijk Museum Amsterdam, a significant moment in the building's history as it transforms from an original concept of 'local city museum' to a site of global significance, 'Open' unites the museum's past with its new future. Exploring the traditions of ceremony, an anthem weaves a tapestry of music, spoken and sung words. The words of the anthem, originating from working with the Blikopeners, young people from the Stedelijk, their concerns and hopes for the future providing the text for the new anthem.

Gathered under the new monumental facade, the anthem brings together young people from across The Netherlands, with performers including the Nationaal Jeugdkoor and a young Brass ensemble. Beginning with the fanfare ' Women and Children: What has made this building last ?' the performance gives birth to a new anthem for the future. Woven within the central refrain, 3 members of the Blikopeners addressed the crowd, offering a question for the future. The words of the anthem were carried inside the museum on a large-scale banner, unveiled by Her Majesty Queen Beatrix of the Netherlands. Hand embroidered in the traditions of union and state banners, it displayed the central refrain:

Where do we find hope
That builds from the past?
What do we hope to become?

Where do we find hope
In a future to come?
What do we hope to become?